Growing up, from time to time my friends and I would ask each other what we thought was the best movie of all-time. Without exception, "Gone With the Wind," the 1939 classic that copped a bunch of Academic Awards, would top our list. Over the years, this movie of the South before and during the Civil War would remain much beloved not unlike other classics such as "Casablanca" and "The Wizard of Oz." These were among those select group of films that everyone had some point in their lives had seen and embraced. In my time, I have probably seen "Gone With the Wind" three or four times.

Fast forward to today and it seems as if "Gone With the Wind" has lost a great deal of its magic. In this time of nationwide protests against the ill-treatment of African Americans by a number of law enforcement agencies and the rise of the Black Lives Matter movement, the public is beginning to look at "Gone With the Wind" through a different set of eyes. The movie takes place when the nation was largely divided over the issue of slavery. Despite that, Blacks in the film are depicted as if they were treated with love and respect. This, of course, runs counter to the reality of those times.

For nearly 40 years, "Gone With the Wind" has served as a powerful communication tool regarding a very dark period in our nation's history. It is a tool that a great many people are now viewing as outdated, inaccurate and offensive. One result of this change, I should note, is that HBO has announced that is it removing this movie from its roster of films. This dramatic change illustrates how communication is ever-evolving. What was once embraced now offends. One result of this is that we all now are being called upon to assess how we perceive our own histories, including movies we grew up with. We are being forced to recognize that our communication tools of today must not be once they were before. 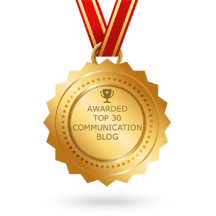